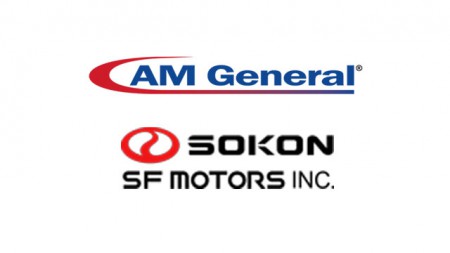 A Chinese-owned, Silicon Valley-headquartered company has announced an agreement to acquire the Mishawaka commercial assembly plant of South Bend-based AM General LLC. SF Motors says it plans to produce “environmentally-friendly, intelligent” electronic vehicles in St. Joseph County. The company is a subsidiary of Chongqing Sokon Industry Group and says it intends to retain the facility’s full current work force and invest $30 million into upgrades.

The plant, which employs around 430 in Mishawaka, is operated independently of AM General’s military assembly plant in the area. MAP operations will not be affected. SF Motors says it is not releasing financial details of the acquisition, but says the only current customer contract at the CAP is slated to expire at year’s end, which would result in the shutdown of a production line. AM General’s website says its commercial operations have assembled more than 1.5 million vehicles in more than 50 years, including the Hummer H1 and H2, Ford Transit Connect Electric, MV-1 paratransit vehicles and Mercedes-Benz R-Class.

SF Motors Chief Executive Officer John Zhang “this transaction represents a unique opportunity to grow our intelligent electric vehicle business through the addition of an existing production facility and a skilled work force. We are excited to work closely with our new Indiana-based team to produce SF Motors’ next-generation electric vehicle in South Bend, Indiana, and we look forward to becoming a part of the local community and a strong contributor to Indiana’s economic growth.”

SF Motors recently set up its North American headquarters in the Silicon Valley and a research and development operation in Ann Arbor, Michigan. The company has ambitious plans in the U.S., which include establishing an EV clean mobility brand based on the West Coast that will source its parts primarily in the U.S. and create a supply chain in the country.

AM General CEO Andy Hove calls SF Motors “the right long-term owner to support the CAP, as well as the South Bend community and the State of Indiana.” He adds “this transaction puts the CAP on solid ground to keep the assembly lines running, providing our tremendously talented and dedicated employees new opportunities as part of SF Motors and its plans to produce next-generation electric vehicles. South Bend has been AM General’s home for nearly 30 years, and following the sale of the CAP, we will maintain our deep ties to the region as we continue to operate our military business, which is profitable, strong, and growing.”

The acquisition is expected to close in the fourth quarter. It is awaiting industry approvals, as well as clearance from regulators in the Unites States and China.