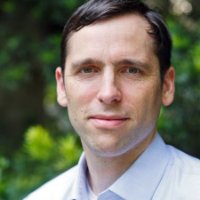 Mr. Russell Menyhart is a former diplomat with extensive international experience, most recently serving as political unit chief at the U.S. Consulate in Shanghai from 2011-2014. Mr. Menyhart assists clients in navigating international legal issues, and a substantial portion of his practice is focused on compliance with anti-corruption laws and export controls. Fluent in Mandarin, he also assists Chinese and other foreign companies and individuals with the legal aspects of investing in the United States and in resolving other complex legal issues. Before joining the State Department, Russell was a visiting scholar at the Lauterpacht Research Centre for International Law at the University of Cambridge and worked as a public defender and criminal defense attorney in Indianapolis. Russell was a Chancellor’s Fellow and magna cum laude graduate of the Indiana University Maurer School of Law – Bloomington, has a B.A. in East Asian Studies from Oberlin College, and is a graduate of Lester B. Pearson United World College in Victoria, British Columbia.