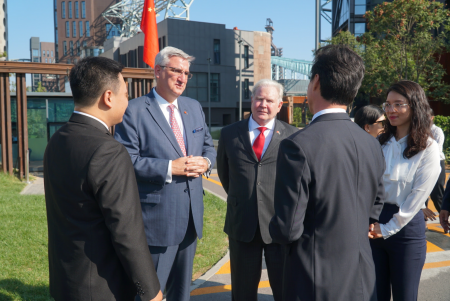 In Beijing, Gov. Holcomb, Secretary Schellinger and the delegation visited the headquarters of Shougang Group, the second-largest iron and steel enterprise in China, to meet with executive leadership of Shougang and its subsidiary, BeijingWest Industries (BWI). In 2017, BWI announced plans to locate its first U.S. production facility in Greenfield, Indiana, creating up to 441 new, high-wage jobs by the end of 2021. BWI recently celebrated the grand opening of its more than $80 million, 276,514-square-foot facility and is on pace to employ nearly 200 Hoosiers by the end of this year. 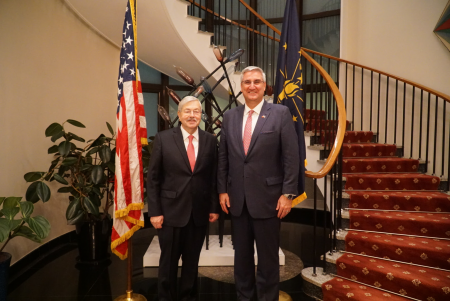 The Governor also met with U.S. and Chinese government officials, including Wang Qishan, Vice President of the People’s Republic of China, and U.S. Ambassador to China Terry Branstad, to express the importance of China to Indiana and its numerous contributions to the state’s economy, academic network and communities. Gov. Holcomb shared his appreciation for the close ties Indiana shares with its sister state, Zhejiang Province, and noted the state’s commitment to continuing to support mutually-beneficial exchanges and partnerships between Indiana and China.

The Governor and delegation hosted a business roundtable event in partnership with the American Chamber of Commerce – Beijing, connecting with executives of U.S.- and Indiana-based companies operating in China, including Allison Transmission and Cook Group. Gov. Holcomb and Secretary Schellinger highlighted the state’s commitment to increasing global connectivity and international partnerships and their dedication to supporting Indiana companies both at home and across the world. 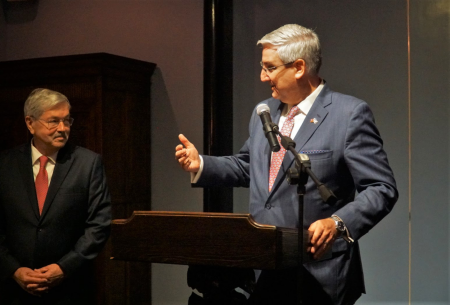 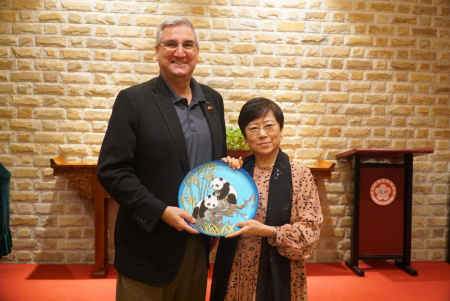 While in Beijing, the delegation met with Li Xiaolin, president of China People’s Association for Friendship with Foreign Countries (CPAFFC), a nonpartisan organization focused on deepening international friendships and oversees sister-city and sister-state relationships. The group discussed the important role of the 32-year, Indiana-Zhejiang Province sister-state partnership and the 23 sister-city relationships Indiana communities share with communities across China.