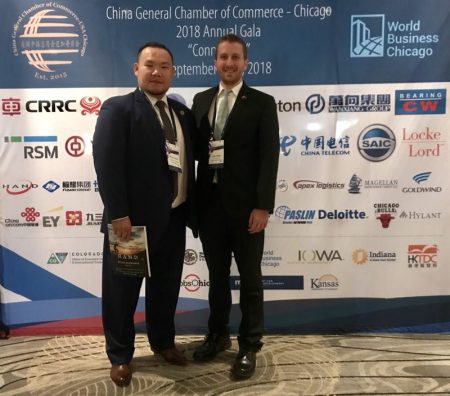 On September 19th, ACSI represented the state of Indiana at the China General Chamber of Commerce- Chicago at the organization’s Annual Gala “Connection” in Chicago. With the aim to promote the business and trade developments between United States and China, the whole-day event consisted of sessions with three mayors’ delegation from different cities of Guangdong Province of China, 40 representatives from eight cities of China and a delegation of more than 300 Chinese business leaders.