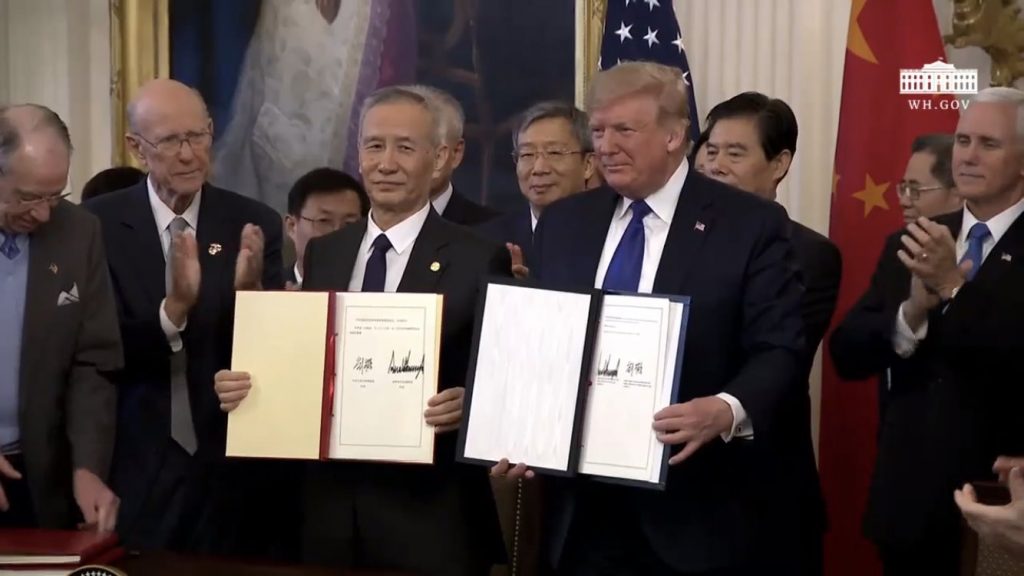 At a ceremony in Washington D.C., President Trump and Vice Premier Liu He signed the Phase One trade agreement between the United States and the People’s Republic of China. In front of an audience of more than 200 government and business leaders, President Trump lauded the deal as a “sea change for international trade” which will bring a “more stable peace throughout the world”.

Details of Phase One Agreement

China will import more than $200 billion of American goods over two years including:

According to President Trump, U.S. tariffs on Chinese goods will continue throughout the Phase One agreement citing the need for negotiating leverage. The President expects all tariffs to be removed under a Phase Two deal, which will be negotiated soon.

Stay connected with us as more details are announced!