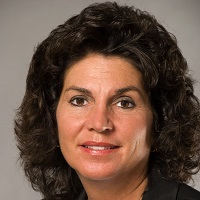 Sue Griffith Smith is the Vice President for Advanced Manufacturing and Applied Sciences at Ivy Tech Community College. Smith has served at Ivy Tech Community College for over 25 years with leadership roles in several departments including the Corporate College, Workforce Development and now in the Academic/Workforce Alignment Division. She has lead major projects and initiatives for the college with expertise in client relationships and partnership development.

Smith has worked with manufacturing partners while at Ivy Tech and worked in automotive manufacturing and textiles prior to Ivy Tech. Smith began her career with Ivy Tech building the college’s industrial trades apprenticeships.